The farewell function for the students of Std XII was held on 23rd March 2021 at 8a.m in the amphitheater of the school. The programme began with a welcome speech by Ms. Bharati Kudchadker who shared a few reminiscences about the departing classes and rued the fact that this particular batch had been at the receiving end as they had had to endure two years of online classes right from the time, they joined Std XI as newcomers to the school. They had missed studying in the beautiful, verdant environs and salubrious atmosphere that the VPMS Pune campus provides. She then invited four students from the Science section and four students from the Commerce section to give their valedictory speeches. Two teachers Ms. Unnikrishnan and Ms. Saxena shared their experiences with the audience. Parents are the ones who feel nostalgic and emotional on such occasions and two parents also spoke a few words about the school and their experiences as parents. The Principal Ms. Mrinalini then addressed the gathering with a succinct and highly impactful speech.
To add an extra dimension to the programme, Ms. Rajinder Chandel and Mr. Vivek Rathod regaled the audience with two soul stirring songs- Yadon ke Pal and Sapno ki Udaan, which conveyed the sentiments of the entire staff at VPMS Pune. Ms. Kudchadker then concluded the programme with a few words of advice to the graduating students. The function ended with refreshments being served and the students received a memento as a reminder of their school days at VPMS Pune.
The parents, students and teachers enjoyed the programme and the parents expressed their appreciation and satisfaction with the school on this landmark occasion. 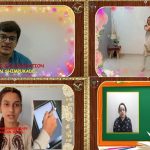 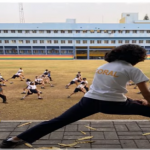