“No Real change in History has ever been achieved by discussions.”– Netaji Subhash Chandra Bose.
The anniversary of the formation of Azad Hind Government is celebrated on October 21st every year. The day marks the announcement of India’s first independent provisional government named Azad Hind Government.

In response to Azadi Ka Amrit Mahotsav (AKAM), organised by the Government of India and a directive from the CBSE, a virtual Special Assembly was organised for the students of Vikhe Patil Memorial School, Pune, on Thursday ,21st October 2021 to commemorate the declaration of the Provisional Government of Free India (INA Raising Day).
Accordingly, the Assembly commenced with the tunes of Kadam Kadam Badaye Ja , the patriotic regimental quick march of the Indian National Army.
With the patriotic mood being set in, the students were briefed about Netaji Subash Bose and his role in the Indian Freedom Struggle. A motivational documentary about one of the finest patriots that the nation could ever produce provided the much needed knowledge for the young learners.
Having gained sufficient reserve of knowledge about Netaji , it was time for the students to know about the significance of the commemoration through a beautiful documentary on Netaji’s life . Role play , A short quiz on INA and Netaji Subhash Chandra Bose brought to life Netaji’s ideologies and zeal.
The Special Assembly came to a closure through an interactive discussion where the students were encouraged to share their thoughts and feelings about how they would want to express their love for their Country.
Truly an Assembly to reckon which added the much-needed patriotic fervour amongst the students!! 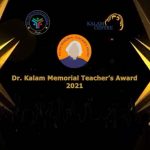 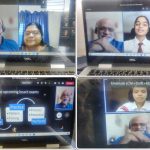