“If your actions create a legacy that inspires others to dream more, learn more, do more and become more, then you are an excellent leader.”

The investiture ceremony is a prestigious event in the school’s calendar wherein the school formally confers responsibilities on the young leaders. They are expected to discharge their duties honestly, sincerely and to the best of their abilities.
The Student Council also promises to take the school to newer heights and resplendence. An investiture ceremony sets the right tone for the academic year during which the young leaders not only learn to guide other students but also become role models for others to emulate.
The student leaders of VPMS Pune took the oath on 12th April 2022 and promised that they will carry out their duties conscientiously, with great honesty, integrity and fulfill each one of them with utmost dedication.

The Principal, Ms. Mrinalini, did the honour of badging the prefects so as to instill in them a sense of duty and pride.
Head Girl-Swarali Deshmukh, Head Boy-Saartha Bhandari, Games Captain Girl-Saina Deshpande, Games Captain Boy-Avinash Pala along with the captains and Vice Captains of all the four houses ( Ruby, Sapphire, Coral and Emerald) took the oath of office with great solemnity.

Principal Ma’am addressed and congratulated the members of the newly elected Student Council. She emphasised on the fact that it is an individual that defines a post. She advised them to imbibe the spirit of ‘Service Before Self’ in words and deeds and urged them to embrace their duties with humility, perseverance and loyalty.

The process to elect the student council began three weeks ago when the teachers nominated the students. The nomination was based on the academic performance, participation in sports and co-curricular activities as well as the behaviour and conduct of the students. Every student was considered and given a fair chance of being nominated. The nominated students provided a brief description of themselves and their achievements as a means of canvassing for votes from their peers and teachers.

The voting process was completely computerized and students of classes V to XI voted in an impartial manner. The teachers ensured that the entire process was fair and just. The video of the ceremony was released on YouTube.

It was a proud moment for all the parents to witness their children becoming the school leaders, as they embarked on a new journey filled with challenges and opportunities. 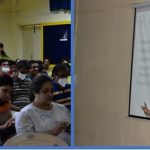 Being an Emotion CoachLatest News 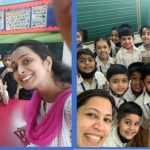