It won’t be an exaggeration to say that over the last two years of the pandemic, we have literally lived our lives on the internet. Teachers & students have had to learn and adopt new technologies to connect with each other, and most of our regular activities have now switched online, and hence what better topic would one expect for a special assembly than “Safer Internet Day.”
Besides online education, social media and online purchases have now become a common thing, and while it is convenient, there are people out there lurking around to trap and steal from you at every transaction. We as a group decided to go out and use our special assembly to educate and equip ourselves and the VPMS family about using the internet in a safe and secure manner.
The idea was to educate and entertain and hence required all the students to really pull out their thinking hats and throw in a splash of creativity. During the discussions various ideas cropped up, some were accepted and some were just not. Gradually through the brainstorming sessions we realised that the class had loads of talent and we decided to go with a mix of all to form an entertaining ensemble.
After months of hard work, online co-ordinations, edits, re-edits, recordings, re-recordings, not to forget all of this happening during the pandemic, it seemed like we may not be able to get there, but suddenly there would be a burst of inspiration and the whole gang would start working on their parts with renewed zest. There were also times when some of them wanted to give up and just exit the event, but their peers pushed them on and they stayed.
Slowly but surely as each one of them started sending their pre-final versions, I realised that we were really going to have an entertaining event. The efforts that each one of them was putting was paying off and could be clearly seen in the final products. The children had done a wonderful job and now it was time to collate & edit the multiple edutainment episodes that now stood before me as testimony of all the efforts.
Together we went through the entire edit process and had to redo a couple of things as they seemed out of place when put together. A couple of videos had technical issues which had to be fixed, there were lip synch problems that had to be rectified and may more such issues cropped up, but the children re-did all that was required to be done and finally we had a line-up that looked really nice. The final edit was challenging, giving each one their due was a task, but the final result turned out better than I had imagined. From original music compositions to thought provoking skits, from creative dance numbers to some amazing paintings; the video had it all and above all it proved not just entertaining but empowering as well.
As the class teacher I felt proud and amazed at what my children had achieved. All in all, a fantastic experience for me, helped me bond with my class and also learn a lot through the entire exercise. My sincere thanks to Team VPMS for the opportunity, cooperation and support. 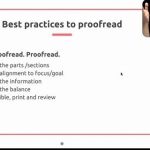 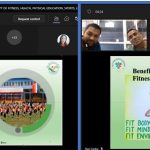