Save Soil is a global movement launched by Sadhguru, to address the soil crisis by bringing together people from around the world to stand up for Soil Health, and supporting leaders of all nations to institute national policies and actions toward increasing the organic content in cultivable Soil. Save Soil Movement will urge leaders around the world to initiate urgent policy action to prevent soil extinction. Scientists and UN agencies predicted that the planet has cultivable soil only up to 55 years and have warned of catastrophic food shortages.”

VPMS Pune, has always shown an inclination, participated enthusiastically and be a part in conserving the planet. Students were shown videos about the conservation and importance of soil. The issue was discussed with them in detail. And as a responsible Vikheites, Class X Students were asked to write a personal letter on 15 th March 2022, to the Hon’ble Prime Minister to take necessary steps to conserve the soil, with an objective to activate wider
participation in the movement and give impetus for a government policy to save soil. This will help in playing a crucial role in mobilizing the energy. VPMS Pune is employing the same energy and endeavour to extend the lifespans and health of our soils, before it is too late. 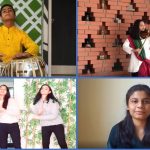 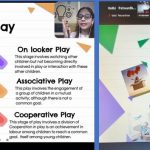 The Cognitive Science – Behind the importance of Play TherapyLatest News